Eagles have been really inconsistent recently and keep losing the game in the 4th quarter. I’m nervous about betting on them to win but to go up a couple of scores early in this game seems likely. Especially as the Jaguars secondary was busy getting thrown out of nightclubs Friday night (allegedly).

As above I’m nervous about Eagles being able to hold a win against the Jags but if they score early and often they should build a big enough lead that Blake Bortles can’t come back, surely. Ravens D has enough to throttle Carolina and keep the score low so Flacco can do just enough to win. Chiefs should breeze through Denver who are having a down year. Redskins beat the Giants because the Giants suck and they’re already looking at next years draft for a new QB. Tank time. 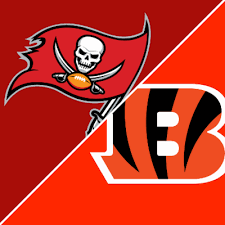 There is a good case for this to be Chiefs @ Broncos but I can’t see Case Keenum keeping up with Patrick Mahomes. Bengals are missing a few pieces on defense and Tampa love to shoot out with teams. I see this game scoring big with points every drive and so is great value at 3.75.